Farting Around With Long Exposures

In one of my last photography related posts, I talked about avoiding the flash for better looking pictures. Using exposure compensation, accessible on most cameras in the manual mode (even a point and shoot), I was able to show you how to create pictures that look a lot more natural than having a flash washing out the subject. Although I’ve had some good results with it, exposure compensation can only take you so far in flash avoidance.

The next thing that is often tried is an increase of ISO which also increases the noise in your photos. Unfortunately, noise is bad and on the tiny sensors of point and shoot cameras, the noise happens even at moderate ISO’s of 400. So finally, in order to keep our pictures natural looking and not flashed to hell, we have to look at longer exposures which entail decreasing the shutter speed to give the sensor a chance to collect more light. Unfortunately, it is impossible to hand hold any of these shots, due to camera shake, which is why a tripod is often necessary.

This past week, I had a chance to grab the tripod and my Nikon D200, and headed out to Granville Island in Vancouver with my photography class to experiment with long exposures, higher ISO’s, and a whole range of f stops. The picture above was taken using an f stop of 16 and an ISO of 100. I didn’t have a trigger cable so the longest exposure that I could set was 30 seconds which yielded some very interesting results. 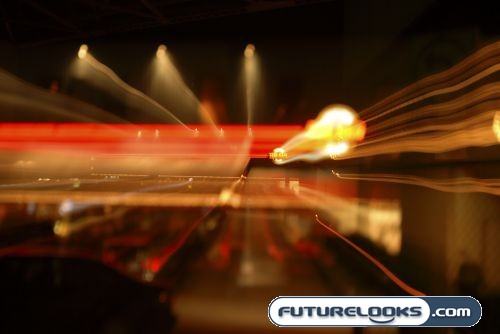 I also goofed around with what I call the “Starship Enterprise” effect where you use a longer exposure and then zoom in, creating a streaking effect. I also had fun with lighting and flashes. I wasn’t really trying to compose the shots properly, but just wanted to see all the things that my camera could do in low light with a tripod and long exposures. You would think that a flash would be the key to great pictures in the dark, but what I found was that the best pictures were done totally flash free. For more pictures from my outing, you can check out my photo gallery over at Futurelooks.

We all make up some excuse NOT to take care of ourselves or to exercise. Some of us blame our...