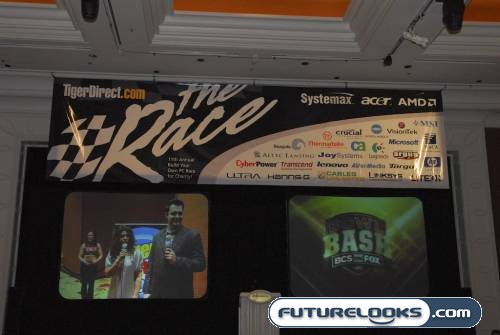 At last year’s CES, I was invited for the first time to participate in the Tiger Direct Charity PC Race. Since it was my first year, I had no expectations and went in to just not finish last. John Chow pelted me with smack talk saying that he would take me down like a n00b. Of course, as a veteran of this event, I would expect him to do much better than me. Afterall, it would be pretty embarrassing if he lost to this…n00b.

As history would record though, I ended up with fourth place and a time of 7 minutes and 47 seconds.  John was nowhere to be seen and even Bob Buskirk who was also competing was nowhere to be seen. I know that the term “Beginner’s Luck” could easily be used to describe the upset, so this year, I was out to prove that it wasn’t a fluke and I was out to take home the big prize for my favourite charity, the BC Childrens Hospital. 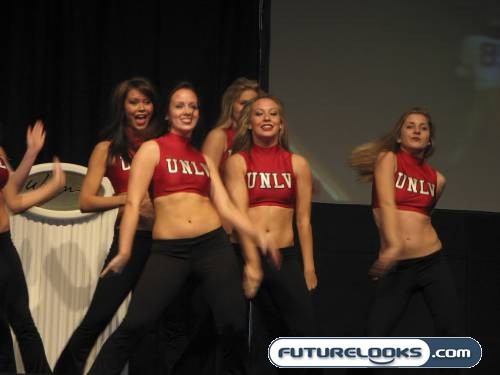 This year, the competitors were cheered along by the beautiful girls from the UNLV Cheerleading Squad. Their presence along with their dancing, booty shaking and cheering was a welcome diversion. 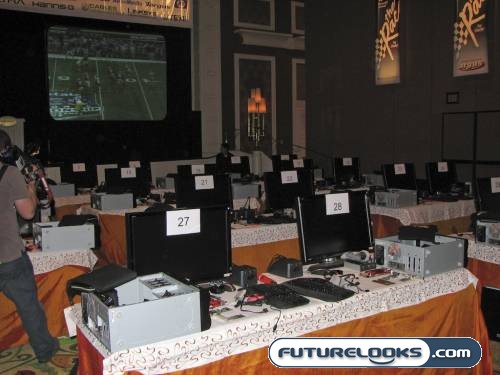 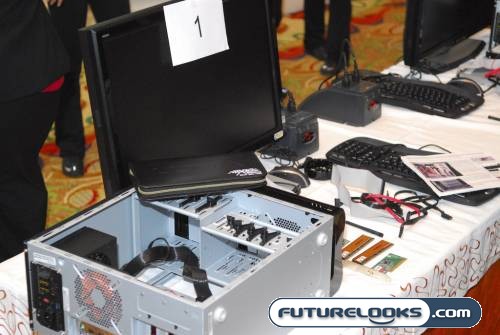 Like last year’s event, the systems were tested and then disassembled identically so that everyone started from the same point. The only things that were left in the system were the power supplies, motherboards, and CPU’s. Everything else was pulled out and laid out neatly on each table. The organizers provided a list of what was disassembled. The first person to complete the assembly and boot the machine wins. 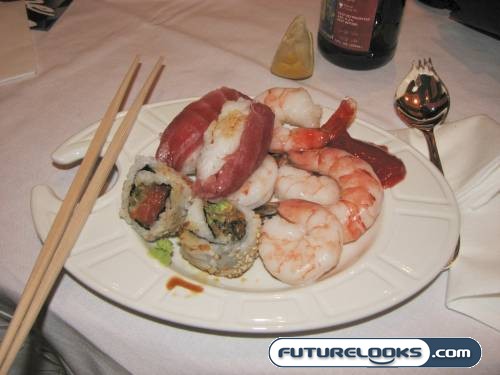 Since building a PC as fast as possible is hard work, the organizers provided a great spread of food for us so we could load up on energy. They also provided an open bar, but smart racers try not to hit it too hard. 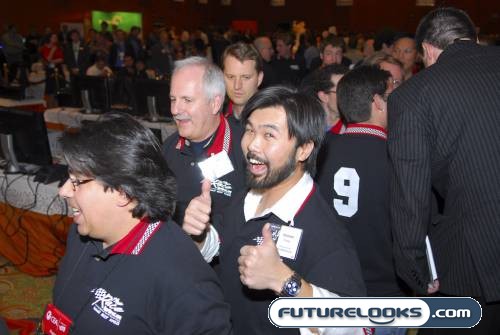 After we had a chance to gobble as much food as we could, it was time to get ready to race. Every racer had a chance to run across the stage and wave to the audience and receive applause from their fans. As an added incentive, each attendee was given a racer to cheer for. If that racer won, the attendees would win a prize too! 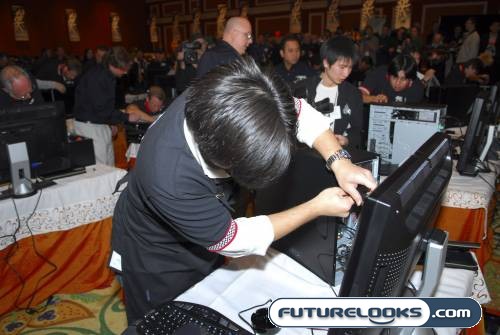 The race started off fast and furious. Steve Bass of PC World (the white haired gentleman behind me) even cut himself and let a few drops of blood spill for his favourite charity. This years race was a tough one as the easy assembly features of the case proved to be more of a detriment than a benefit. Last year, we screwed everything down and that was way easier than trying to monkey with some weird quick release system on the Thermaltake cases that were provided. 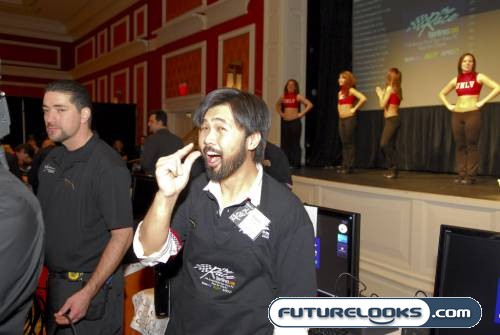 At 10:10, I was the first one finished. Unfortunately, after inspecting the assembly, the organizers found that the power cable to the DVD-ROM drive was not attached and levied a 60 second penalty, pushing my time to 11:10. This would also push Will Smith (not the Fresh Prince, pictured below), Editor in Chief of MaximumPC Magazine ahead of me with a time of 10:50. I was actually shocked that I made this mistake because I was certain that it was one of the first things that I did. The only explanation that I have is that the CPU wind tunnel piece pushed the cable out when I was assembling the door and locking it down. 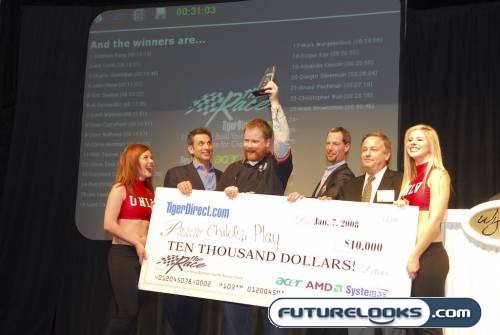 Will took the $10,000 grand prize for his favourite charity Child’s Play that helps Childrens Hospitals throughout the world by donating toys, books, games and cash to sick kids. He also gets to donate the $3500 gaming rig that he built to the same charity. 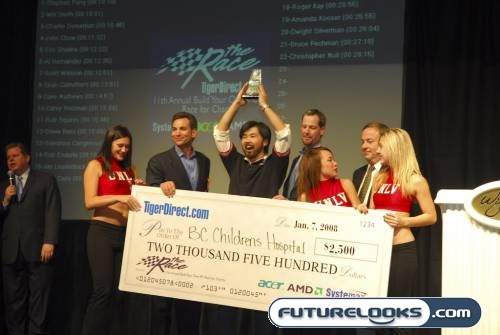 Although I was disappointed that something small like the disconnected DVD-ROM power cable took me down, I coudn’t be more thrilled to be able to bring home a check for $2500 and over $3500 worth of computer hardware to my favourite charity, the BC Childrens Hospital. 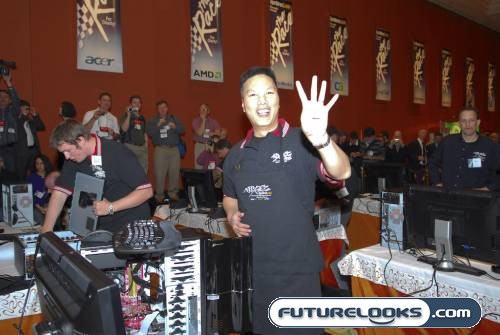 After an undefeated winning streak, Charlie Demerjian of The Inquirer was finally taken down, but still managed a solid third place finish. Despite all his smack talking, John Chow finished fourth…and yes…lost to me again. However, quietly, I had hoped that he would get a podium placing and allow us to really make mother Canada proud. John posted a video of the event. I love how he cut it off at where the MC announced me as the official winner. Hopefully next year we’ll be one and two. Tiger Direct has a full video of the event if you want to sit through it. It’s about 30 minutes long.

In the end, everyone won as each participant will have the opportunity to donate the PC they built to their favourite charity. I’d like to thank Tiger Direct for inviting me to the event and for giving me a chance to do something great for charity. For more pictures from the event, check out my gallery with over 200 pictures including more shots of the pretty cheerleaders. Till next year!

Filed Under: Blogs, Futurelooks
Kicking Off CES 2008 In Style!
Birthday Wishes a New Distraction and Getting Edumacated

Sorry about the lack of updates. I've been keeping pretty busy in Las Vegas. There has been lots to do including...